Who Has the Power to Effect Change in Healthcare? 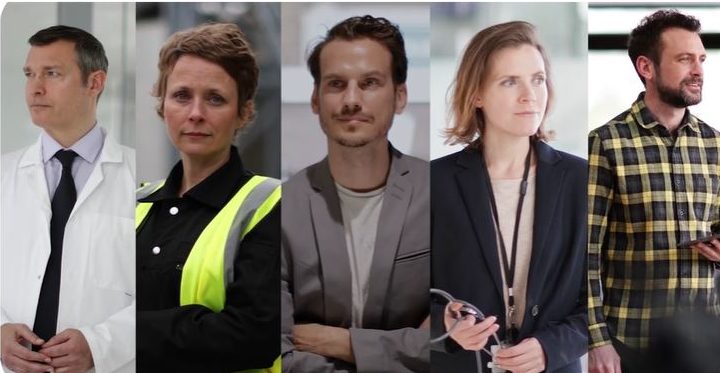 We’d like to think that the two major drivers of healthcare in the U.S. are ever-advancing science and the needs of individual patients. Of course, this is a rather naïve assumption. The healthcare ecosystem is a tug-of-war between the above, but also the machinations of a byzantine and opaque system of care, the vagaries of insurance providers, and regulation and intervention by government to name but a few. At the same time, though, many proclaim the healthcare status quo is irreparably broken and predict we’re hurtling towards the edge of the cliff of unsustainable pricing and spending. If that is indeed the case, who has the power to effect real change in healthcare and what are they up against?

As in most of arenas of life, money is power in healthcare, and, in an industry that consumes over $3 trillion in annual spending, there is significant power on many sides. Hospitals and health systems are profit centers, pharmaceutical prices are the most expensive in the developed world, and insurance is not an option, but a prerequisite for care at almost any level. These dollars are leveraged in Washington and in statehouses to curry favor and develop laws amenable to the business as usual.

A trend which expected to continue to grow over the next few years is consolidation. Large entities are gobbling up their smaller competitors and vertically integrating more and more, and the expected impact is a spike in healthcare costs due to the overwhelming power wielded by growing systems who narrow competition and have leverage with their economies of scale. The few and often intangible pros of consolidation, it seems, are edged out by a laundry list of negative implications.

“The pros are more standardization and forced processes for increased safety and quality, at least on paper and in spirit,” says Mayer. “Also, there are less groups to govern and force to adapt to the necessary changes that will improve the future of the system. The cons are less physician autonomy, increased control and influence from powers that have not shown they have the patients’ best interests at the forefront, less ability for disruptors to make innovative, positive change, have less influence and choice, and less public education. Overall, how can it not be looked at as a negative? For smaller health systems and practices, it is either join the sharks or get eaten which is very, very scary. Fear is a powerful motivator and is a major player in these consolidation efforts.”

Despite this, new participants with the clout and bank roll to take on the system are exposing and exploiting some of deepest flaws and inefficiencies in healthcare.

Amazon Care, CVS Health/Aetna, Walmart Health, and Google’s Alphabet are just a few of the titans wading into the deep, murky waters of healthcare. These household names come equipped with deep pockets, organizational know-how, innovation at their core, and just enough outsider thinking to potentially reimagine how we interface with care.

While many have reservations about these behemoth corporations entering the healthcare sector, it is a welcome – and much-needed – force for the industry, says Mobile Anesthesiologists CEO Scott Mayer.

“We need money to enter the industry through disruptive forces to make a big enough splash that it causes public uproar and interest and the government to step in, forcing these antiquated systems and insurance carriers to get on board,” Mayer expounds. “It is climbing Everest, but the US has shown that anything is possible. This is the toughest of them all in terms of imploding, but we have to hope it is possible because the alternative is a disastrous future for us all and our care. This is the best chance at a wakeup call.”

But big money disruption alone does not spell the end for the current healthcare system. Take, for instance, Haven, the ill-fated venture from Berkshire-Hathaway in partnership with Amazon and JP Morgan, which shuttered its doors in February of 2021. Even the considerable might of these firms and their high-profile chief executives wasn’t enough to face the deep-seated players in the field.

The constituent partners’ sizes might also have hampered the endeavor, as each has skin elsewhere in the healthcare game, from JP Morgan’s sprawling portfolio, Berkshire-Hathaway’s considerable stake in Merck, Johnson & Johnson, and Bristol-Myers Squibb, and Amazon’s branded mail-order pharmacy.

Disruption might very well then come from smaller, more agile operations. Specifically, firms and startups that are bridging the growing capabilities of tech and the unmet needs of the healthcare system.

“AI is definitely the biggest game-changer on the tech front to help improve access, decrease cost, and improve diagnoses,” explains Mayer. “Telemedicine is another big advancement using video calling to physically see the patient and talk over issues, concerns, treatment, etc. That visual connection, along with possible home patient monitoring, is not only more convenient and cost-effective long-term but could actually improve the traditional live physician/patient consult. Further, automation and robotics could help reduce medical errors due to human factors along with increasing standardization and following evidence-driven protocols and processes.”

Tech-savvy patients are not just clamoring for more efficient and accessible ways to interface with care providers; they are critical to bringing about needed change. While at times it seems Sisyphean to take up the mantle of change in healthcare, consumers – who also hold sway as voters – are still a force to be reckoned with. As the need for change grows more apparent, educated consumers, who can see behind the healthcare industry’s heavy curtain, have the ability to pressure insurers and policymakers to enact meaningful regulations and oversight.

As we emerge from the pandemic, slow though it may be, change in healthcare is possible. Tech company agility and large corporations’ power stands to remake a more just and fruitful system, so long as consumers of healthcare keep their voices loud and apply pressure with their pocketbooks and votes.