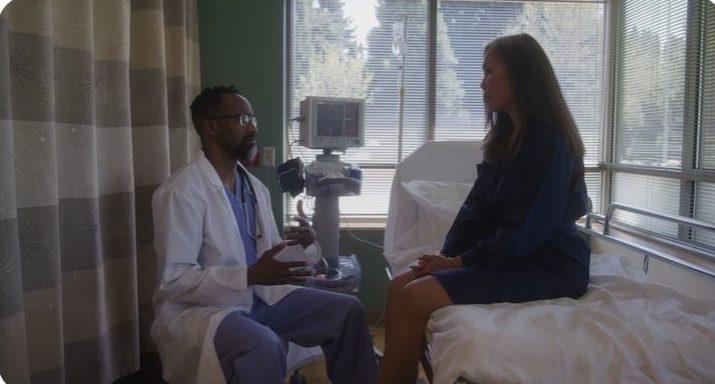 As consumer debt levels groan under the weight of swollen healthcare costs, ideas to remediate the problem and pull us back from an inevitable spending crisis flourish. Among them, the idea to move many procedures away from costly HOPDs and into ASCs has gained significant traction and with good reason. ASCs offer an affordable, safe, and convenient alternative for many of the most common procedures performed today.

The Ambulatory Surgery Center Association (ASCA) cites an average $4.2 billion in annual Medicare savings when procedures are moved from ORs and HOPDs into ASCs. The lower cost per procedure is a boon to insurers, and patients typically see a drastically reduced coinsurance bill through ASCs.

But does the movement towards ASCs go far enough in effecting the most savings for Americans? Is there another tested and proven site of service ready to absorb procedures that desperately need to be shed from HOPD as well as ASC schedules? “Procedures performed in clinic and office-based surgical suites offer a myriad of benefits,” explains Scott Mayer, CEO of Ambulatory Management Solutions and Mobile Anesthesiologists.

“It’s the lowest cost environment for a procedure, there’s higher revenue for the physician, incomparable convenience, valuable time savings, and an overall improved experience for everyone from the patient to the physician and support staff.”

When it comes to the financial picture, clinic and office-based procedures conducted in surgical suites regularly outpace those performed in HOPDs and ASCs in terms of savings. The independent doctor, having control of the many variables related to surgical procedures and lacking the substantial overhead and administration at the hospital and ASC level, is easily able to keep costs low. At the same time, reimbursements from most insurers and CMS are often in-line or higher for clinic and office-based procedures compared to those in the more traditional sites of service.

A 2019 article published in the European Archive of Oto-Rhino-Laryngology compared transnasal flexible endoscopic surgery performed in the hospital OR vs. the same procedure performed in a physician’s office. The results showed that the office-based procedures performed in surgical suites provided a clear and substantial savings, sometimes as high as 95 percent.

Clinic-based and in-office surgical suites have been in use for decades, first gaining traction with dentists and plastic surgeons. A lack of access to hospital OR space and a desire for better financial control and improved patient experience drove doctors to pioneer safe sedation, anesthetic, and surgical practices in a yet unheard-of arena. GI, urology, podiatry, gynecology, and ENT offices further developed clinic and office-based procedures as financial incentives became more apparent and technology advanced to support the growing demand.

When needed, physicians can call upon the services of a new crop of anesthesiology services that bring hospital OR level sedation to clinic and office-based surgical suites. One of the most common anesthetics used by anesthesiologists in the office setting is propofol delivered via TIVA (Total IntraVenous Anesthetic). This allows for sedation anywhere along the spectrum from mild to moderate or even deep sedation (including general anesthesia), with the level of sedation tailored to the patient and procedure.

Currently, doctors safely perform millions of procedures, including endometrial ablations, colonoscopies and endoscopies, dental extractions, breast augmentations, and lithotripsies, in offices and clinics across the country every year.
Even so, one of the biggest hurdles to acceptance office-based procedures face is a perceived lack of safety outside of the HOPD or ASC environment. But, according to published data, it is a claim largely without merit.

A 2020 study published in the Journal of Vascular Surgery looked at the safety of 6,201 outpatient vascular interventions performed in the office and clinic setting between 2011 and 2015. The findings overwhelmingly suggest that these procedures are safe, with zero instances of periprocedural mortality, major bleeding, myocardial infarction, or hospital transfer within 72 hours.

“The safety record is fairly solid, even given the lack of regulation in this space,” Mayer notes. “The big issue is the lack of data and benchmarking in this setting which makes it very difficult to compare against hospitals and ASCs. And, of course, because people have a connotation that this environment is less safe and more cowboy-ish, a death or bad outcome gets more media and community attention than if it happened in a hospital or ASC where those outcomes occur more.”

One need only break down the realities of procedures performed in HOPDs and ASCs vs. those in clinic and office-based surgical suites to see the obvious advantages. For doctors, it’s the comfort of the home-field. No longer must they travel to a different facility and waste time in transit and during patient sedation. Rather, pre-operatively they can see other patients or handle office work, thus increasing revenue.

Patients gain the comfort of familiarity with their surroundings. They don’t have to spend time commuting to a new facility where their procedure is set in a tenuous, mutable docket. Rather, they visit their own doctor assured of a procedure that will start and end on time. And, advances in sedation and anesthesia mean they no longer have to spend nauseous hours coming to, but awake relatively-cheerfully and ready to begin the healing process.

With proven benefits to physicians, insurers, and patients as well as a safety record that is comparable to, if not better than HOPDs and ASC, what is standing in the way of a more profound shift to clinic and office-based procedures performed in surgical suites?

According to Mayer, it is due to the slow nature of change in the healthcare system that is predicated on our need for almost iron-clad trust in the medications and procedures prescribed to keep us healthy as well as the priority we place in immediate care when faced with most maladies.

“We’re taught to go a certain way,” says Mayer. “If your child’s really sick and throwing up, you’re not going to go on your Amazon Care app and look up a mid-level provider. You’re going to call 911 or you’re calling your pediatrician right away. Because in that moment, it’s not about money and it’s not about anything else besides survival and making sure that your child is taken care of. It’s so difficult to change your emotional reaction to healthcare.“

There have been some encouraging signs that insurers – a traditionally cautious group, but one with considerable pull – are seeing the value in moving procedures out of HOPDs. At the beginning of 2021, Empire BCBS mandated medical necessity reviews for certain procedures to be performed in HOPDs over ASCs. While this doesn’t directly impact the growth of office-based procedures, it is fair to assume an uptick in ASC procedures will result in those quicker, less complex, minimally invasive procedures migrating out of ASCs to free up crowded schedules.

But gradual changes are simply not enough to stem the tide of healthcare spending in a meaningful way, says Mayer. What is needed is a significant change in the very modality of healthcare, one where physicians and patients are the prime movers and decision makers.

“You are faced with an industry that wants you to think that from a specific network you are limited to your prescription drugs, to the opaque pricing of services, to indecipherable insurance coverage, to making emotional decisions about your wellness that could leave you bankrupt,” Mayer explains. “We need to start from scratch. We have to push patients to a different way of thinking based on what is best for them short- and long-term, while keeping their financial responsibility and experience top of mind. We need the industry to adopt a new purpose and mission that re-prioritizes what really matters: the holistic well-being of our communities and population. We are on a sinking ship and we’re tossing furniture overboard to slow the sinking, but we refuse to go to a better boat because of conflicting agendas and objectives, when there should be only one.”

The time is now for doctors and insurers to meet the moment and embrace office-based procedures. If reining in healthcare spending is indeed the priority many claim it is, then allowing health system ledgers to drive decision-making must end. The benefits of office-based procedures and surgical suites across the healthcare ecosystem are painfully obvious as are the costs of ignoring one of the most tangible and impactful examples of true value-based care.

Expert InterviewsFuture of the Industry

Dr. Raju Ghate is one of the most respected Orthopedic Surgeons in Illinois. After his successful private practice was acquired, he joined NorthShore Medical Group at the NorthShore Skokie Hospital. That facility recently transitioned into the Orthopaedic and Spine Institute, an innovative and highly-specialized hospital. Dr. Ghate recently joined us via phone to discuss the...

Smart devices continue to evolve how we interface with our world. In few places is that more profoundly felt than in healthcare, where communication with providers and access to information is now at our fingertips on-demand. SonarMD is a virtual, personalized tool designed to assist those with Crohn’s or Ulcerative Colitis track and monitor their...