The Common Challenges of Private Practices and How to Overcome Them 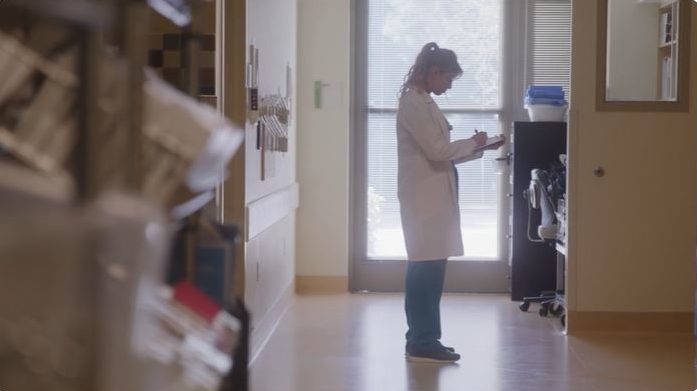 To be an independent physician is to be an entrepreneur, with all the incumbent advantages and disadvantages. Whether you are a family practitioner or a specialist, you are free to chart your own course and reap the rewards, but you are beholden to managing your staff, maintaining your physical space, all the business back-office functions, taking on financial and other risks, and attracting a patient base.

But independent physicians, as they have long been, are the fundament of healthcare in the U.S. They consistently provide personalized care at a lower cost than physicians associated with hospitals and medical groups.

Their numbers though are in a slow decline, as for the first time ever, according to research released by the AMA in 2018, more physicians are employed than those who own their own practice. This can be viewed as reflective of a healthcare ecosystem where it can be viewed as safer and more stable to join the ranks of a hospital or health system rather than suffer the slings and arrows of independence.

So, what are the common problems facing independent physicians and private practices today, and what might be done to alleviate them while improving care and lowering costs for patients? Clearly, there is no silver bullet, but many of the basic precepts underpinning what is known as value-based care stand to bolster how independent physicians operate.

One common refrain from physicians is that the sheer amount of administrative work that comes along with running a practice is a drain on resources and productivity. It can lead to increasing overhead, burnout, and shrinking margins as physicians have to manage payroll, billing, vendor accounts, and patient information as these become increasingly complex processes along with not being functions and skills taught in medical school. Continued changes to and additions of technology, compliance, security, support staff and wages, billing processes, patient needs and information, and insurance carriers have paralyzed many practices because of the resources needed to keep up with this ongoing volatility. Some physicians see joining systems as the only way to survive without going broke.

Shrinking reimbursements and higher deductible plans resulting in larger patient responsibility of costs represent another major pain point for independent physicians. With their bottom line dependent on prompt payments from insurers and patients, many are struggling to collect adequately and in a timely fashion. Add to that evermore complex payment programs, such as Medicare’s MIPS and APM that only serve to obscure what a doctor can expect to collect from insurers and thus need to charge patients.

According to Scott Mayer, CEO of Mobile Anesthesiologists, there is hope as independent physicians are challenging entrenched models and reclaiming the control they need and deserve.

“Independent physicians are saying ‘I became a physician because I wanted to not be controlled in terms of how I’m delivering care,’” says Mayer. “They want freedom to make sure they can optimize their patients’ experience, optimize their practice, techniques, abilities. They’re saying ‘I don’t care what it’s going to take. I’m going to figure out how to adapt, how to evolve and how to stay nimble against these large conglomerates, because I know I can change and adapt quicker than they can.’”

How to Overcome Common Challenges

Just how are independent physicians doing this? Many, he says are adding services that make their practice more comprehensive and holistic. This is evidenced by plastic surgeons who have added traditional spa services and med-spa treatments, such as Botox, and urologists who have added a suite of men’s health services to their offerings.

Beyond these service changes though, a rethinking of the independent practice business model is needed. That includes studying the flow of the practice to identify what areas consume the most resources and funds, with an eye towards applying new technologies or outside-the-box thinking to strengthen the business. For example, automated text and email technologies could manage ancillary communication with patients, such as appointment reminders, post-visit follow-ups, and prescription medication follow-ups. Also, evaluating personnel to make sure they can be high-performers in this new healthcare world that is far different than previous years.

Physicians have also successfully regained control over their practice and patient care by bringing certain procedures in-office. Rather than being at the mercy of hospital and ASC schedules, costs, and administrative bureaucracy, physicians are seeing that minimally-invasive procedures can not only safely be performed in office-based surgical suites, but that they stand to collect larger reimbursements while saving money for patients and insurers.

The chief strength of the independent physician is agility and creative freedom. While there is much to gain with the deep well of resources that come from being associated with a hospital or medical group, there is also burdensome rigidity in practicing and an aversion to major changes that deteriorate patient experience and staff performance and morale.

By fearlessly examining their practice and paying careful attention to trends in the healthcare marketplace and their patients’ desires, independent physicians stand to remain the trusted cornerstone of US healthcare. The opportunity is there to survive and thrive, you just have to keep your head up and know where to look.